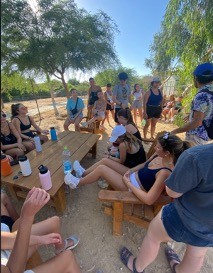 Our group trip to Jerusalem. Due to quarantining, I wasn’t there, but I was able to visit later in the week.

Thankfully, I am now back home in my Tel Aviv hotel room with my roommate, Avital. For the past seven days, I had been solo in an apartment in Jerusalem. Obviously, no one wants to be sick, so at first, I was apprehensive about what my quarantine situation would be like. On top of the illness, the idea of being cooped up all alone was less than comforting. However, it ended up being so much better than I thought it could be. The support I received from Onward and Cincinnati made it so much easier to relax and recover. Within 24 hours, I had unpacked, accepted a delivery of groceries (courtesy of Irina Kleinerman, who coordinated everything from JVS Careers in Cincinnati), found the perfect place on my balcony to hang my hammock, and made a list of all my to-dos. I’m happy to report that I accomplished everything on my list, including: baking cookies, making waffles, requesting my absentee ballot, and having a solo dance party. All in all, I think it was about the best quarantine experience I could have had, especially in a foreign country. 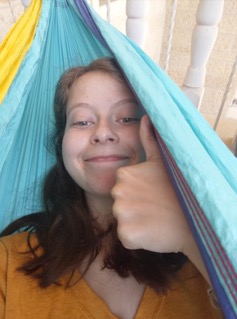 Quarantining in my hammock on our Tel Aviv balcony. 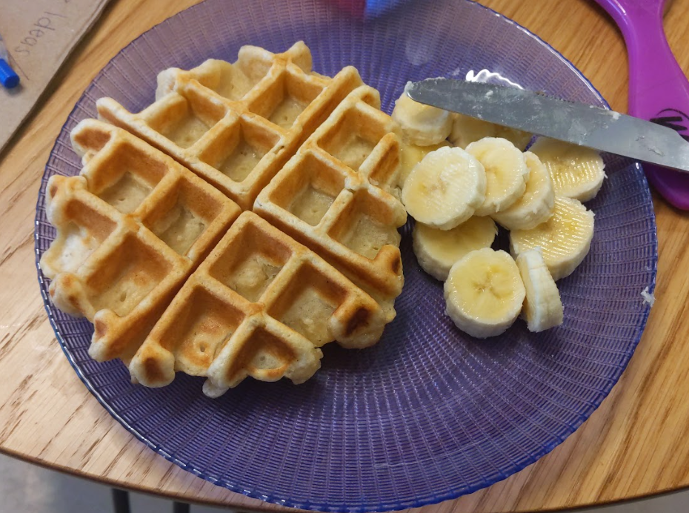 My delicious homemade waffles with bananas, courtesy of… quarantining!

Since I was already in Jerusalem when my quarantine ended, I seized the moment to do some exploring. My friend and fellow Cincinnatian, Sam, joined me there, as his quarantine had also just ended. The rest of the Onward group had gone to Jerusalem on Tuesday for a program day trip, which we had sadly missed, so we made our own day trip. The first stop was the Israel Museum, or so we thought. We accidentally entered the Bible Lands Museum, which shares the same parking lot. Oops! It ended up being a happy mistake because I got to enjoy both museums. My favorite part of the museums was the art garden. The Dead Sea scrolls were interesting, but Sam—the archeologist—definitely had more of a true appreciation for them. I've never been to a history museum with an historian; it was cool to have his fascination rub off on me a bit. Our last stop in Jerusalem before catching the train home was the shuk [any outdoor Israeli market]. I made the obligatory stop for rugelach at a shop called Marzipan. They were delicious! 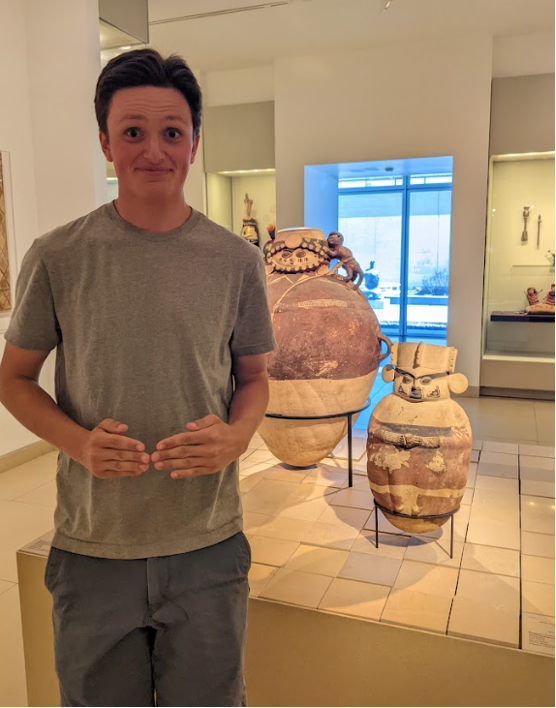 Friend and fellow Cincinnatian, Sam Vogel, at the museum.

Now that I am back in Tel Aviv, I am trying to make the most of my last month, without overdoing it. For the past two nights, I've gone to big group dinners to catch up with everyone I hadn't seen in a week. Last night, we had a nice Cincinnati dinner with representatives from the Jewish Federation, and they treated us to the nicest dinner I have had yet. Tonight, I am going out to celebrate a friend's birthday, and we shall see what the rest of the week holds!