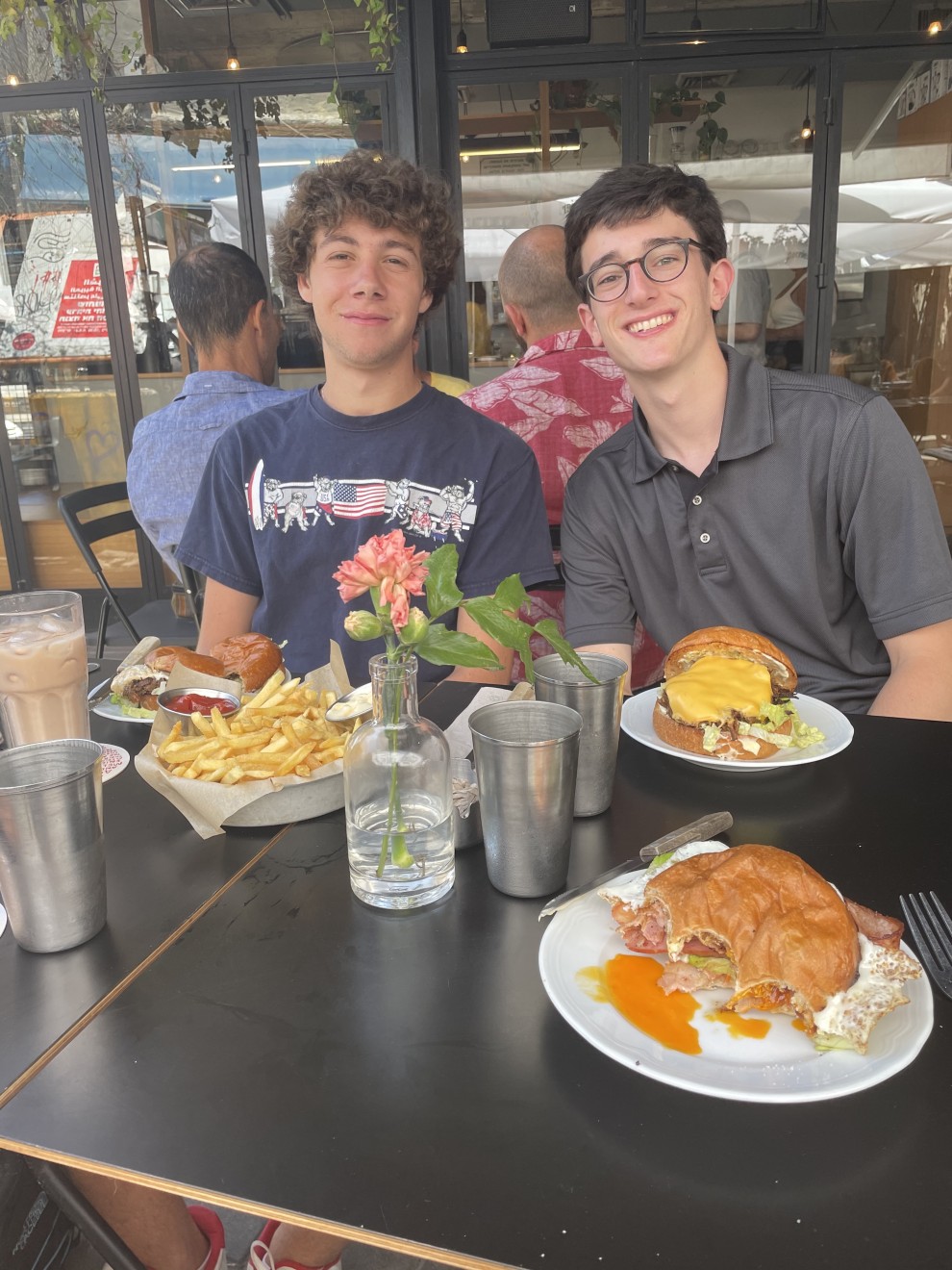 As I have settled into my quaint home in Tel Aviv on Yehuda Halevi Street, I’ve formed a colorful mental map of the lively city. If I focus closely on the area, a dotted grey line comes into frame that weaves throughout the city. It’s key to follow the grey line closely and meticulously. I know my map has done its job when I end up at Banana Beach, a favorite go-to spot for me and my 34 roommates minus the jellyfish that have started to wash up on shore.

This imaginary map of mine is now marked with little red pins that represent favorite evening spots, places to write with great Wi-Fi or any corner store open late at night to satisfy my needy and child-like sweet tooth.

As a Type A American, I tossed and turned at night wishing for a bit of home. My mind was thinking of three things and three things only: a juicy, finger licking good cheeseburger, Greater’s ice cream (again, the sweet tooth is relentless) and the classic American breakfast composed of eggs, bacon and pancakes stacked sky high. 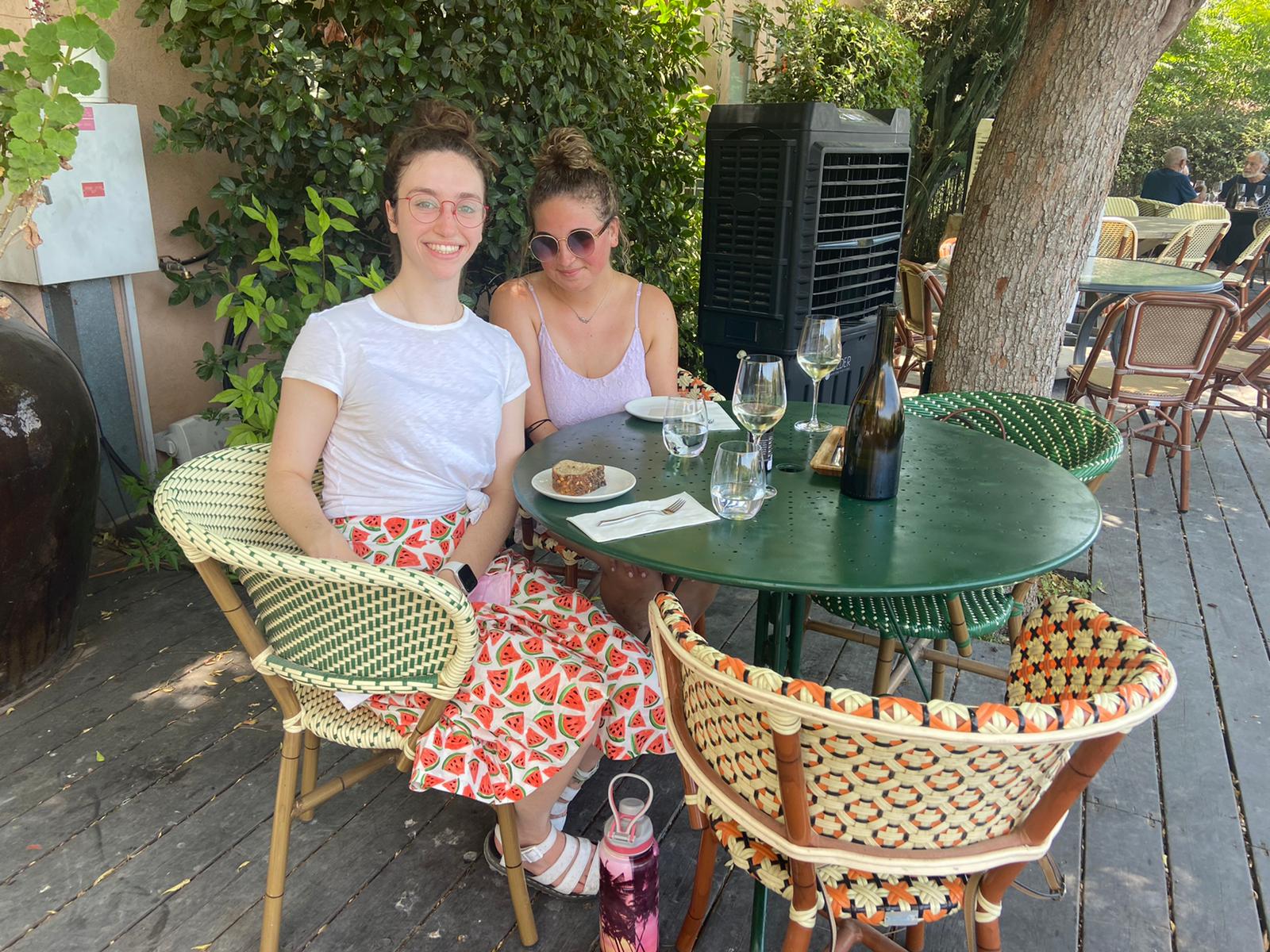 The void had to be filled! Keep in mind, I do live on the top bunk and my roommate Jenna would sooner or later be fed up with my food driven restlessness. After more than a month here, my mental map is now marked by three fan-favorite places bound to satisfy this Midwesterner’s cravings.

Just two blocks away on Lilienblum street is Vitrina, a burger joint with a killer Nashville spicy-chicken sandwich. The menu is very limited, but when you do burgers well, why complicate things with too many choices? Vitrina is indeed finger licking good plus, it doesn’t break the bank. 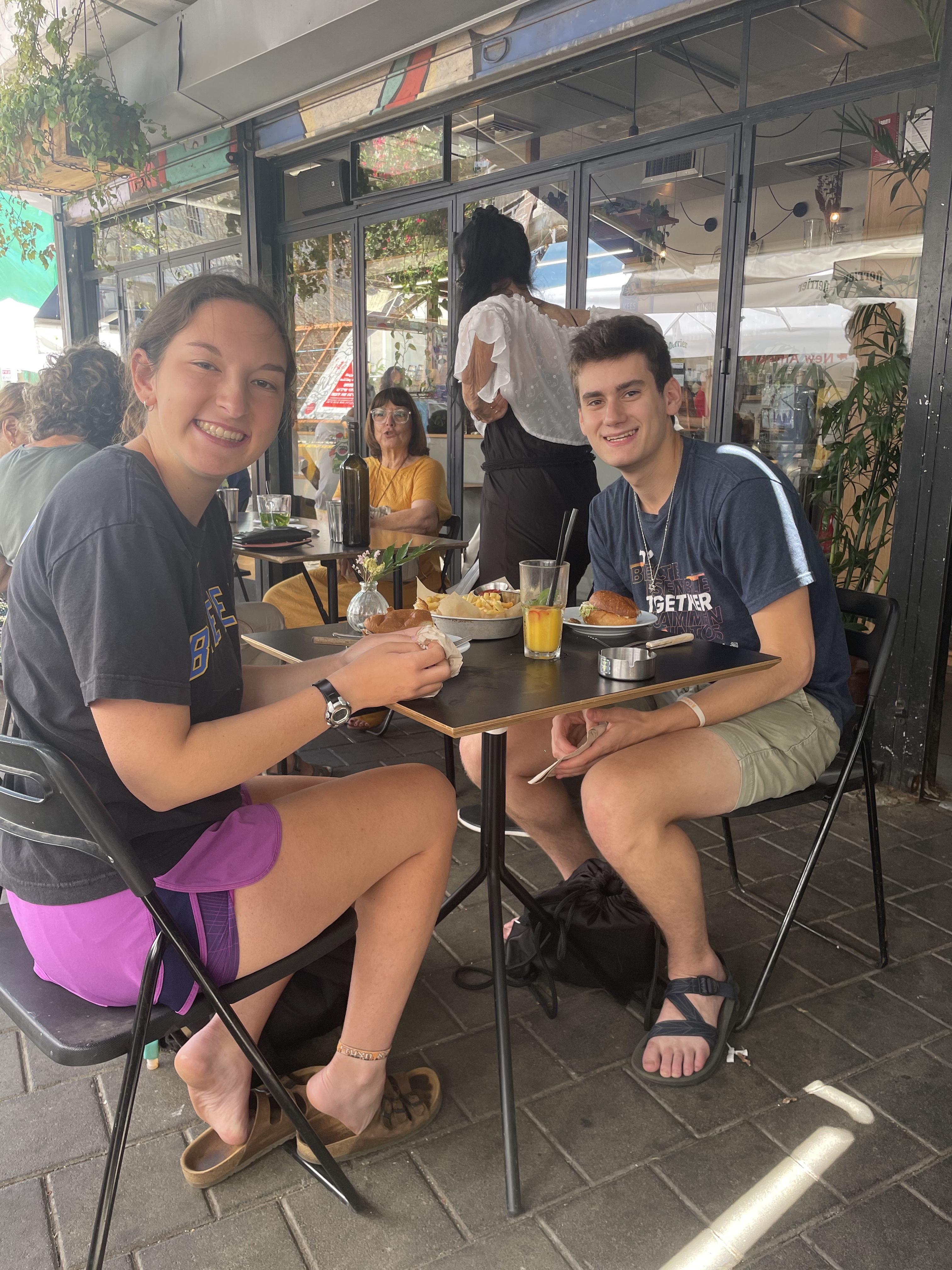 Next is Golda, a dangerously caloric but silky smooth and flavorful gelato destination. Golda is a staple in Tel Aviv to the point where you could be walking down any side alley far from civilization and BOOM there’s Golda, ready to tempt you with a decadent time. Golda has satisfied my sweet tooth on one too many occasions. I worry if I keep on indulging, my parents won’t even recognize me when I return home.

“Kinder Bueno is my favorite flavor. It deserves a Gold(a) medal!” – Matthew W.

“Golda ice cream definitely gives Greater’s a run for its money, especially Golda’s Vegan Oreo Mousse (as a self- proclaimed ice cream snob, I can attest that this vegan mousse is to-die-for). My love for Greater’s is eternal, and nothing will ever replace Buckeye Blitz. With that being said, Golda has acquired a significant portion of my stipend, and I am not mad about it.” – Maddie K.

On Rothschild, one of the more well-known streets in Tel Aviv is Benedict, a brunch place open 24/7 that specializes in eggs benedict, thick lotus cookie pancakes and bottomless bread baskets. Benedict also has an Israeli breakfast favorite called shakshuka which is a thick tomato sauce served in a pan with poached eggs. I am a lover of Benedict, but no one loves it more than Alex K and Jordan P. They’ve been at least eight times since we arrived in Israel.

“What’s better than a 24/7 breakfast place that serves the most delicious benedicts and the most creamy, fluffy pancakes?! I’m honored we live two minutes away from this joint because our trip would not be the same without it. Live. Laugh. Love. Benedict.” – Alex K.

With the perfect trifecta and my mental map to guide me, my cravings and those of others have been met and satisfied!

Until next week, stay hungry! 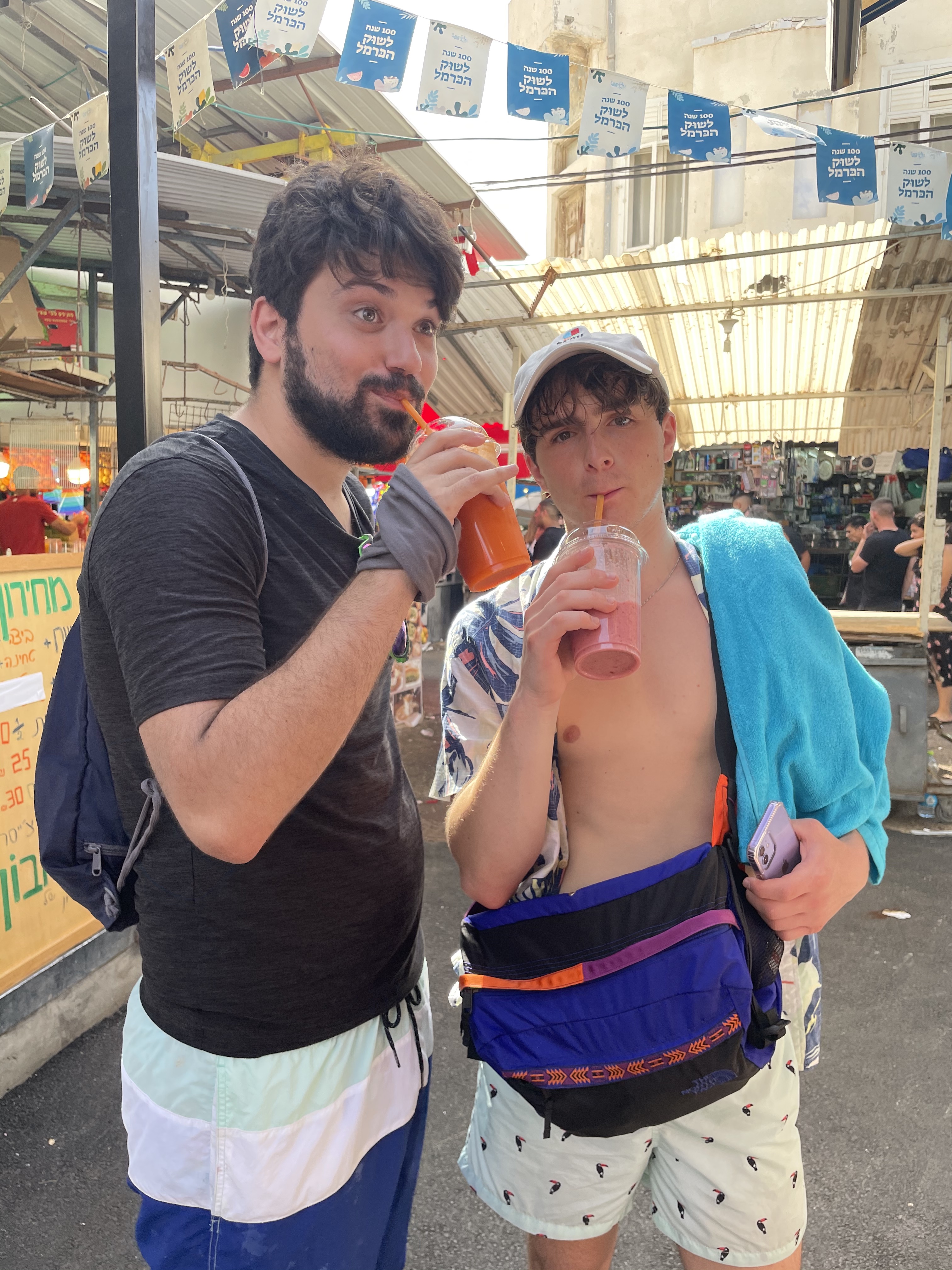