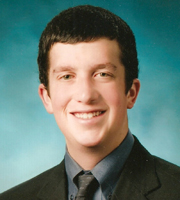 Robert Paul Friedman is a rising sophomore at Vanderbilt University in Nashville, Tennessee. A History and Jewish Studies double major, it is no wonder that he is excited to be working with the Workum Scholarship Fund at the Center for Holocaust and Humanity Education. At school, he is also very involved in the Hillel, leading Reform services even as a freshman.

Robert will intern at the Center for Holocaust & Humanity Education. 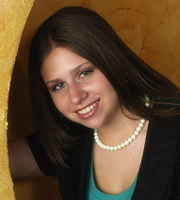 Allison Hodge is entering her sophomore year at Bowling Green State University as a Pre-law Sociology major with a possible minor in Gerontology. She graduated from Deer Park High School in 2008, where she was a member of the National Honor Society, Varsity Soccer team, Student Council and participated in several community service programs. Allison worked as a camp counselor for five summers at Wise Center Day Camp, where she interacted with children of all ages. Currently, she is a member of the Bowling Green Equestrian Team, and she has made the Dean's List. Allison will be a Resident Advisor in a residence hall on campus beginning in the Fall of 2009. She is looking forward to beginning her internship with the Jewish Family Service Aging and Care Management Department this summer. 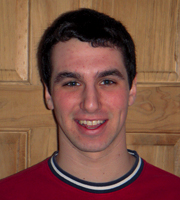 Michael Kahan graduated from Sycamore High School in 2006, and is currently enrolled at The Ohio State University. A marketing major with a minor in comparative politics, Michael will graduate in spring 2010. When he’s not rooting for his beloved Buckeyes, he spends his time playing sports, listening to music, and hanging out with friends. He’s a member of the OSU Club Lacrosse team and currently holds a job raising funds for the Hillel. After graduation, Michael plans on attending law school somewhere near the beach, where he can show off his good looks and meet a nice Jewish girl. Michael absolutely loves the Cincinnati Jewish community, and can’t wait to give back to the wonderful town that raised him..

Michael will work at the Jewish Community Center as the Marketing Intern. 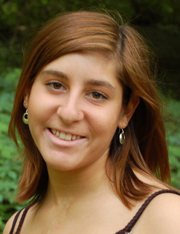 Rachael Kartal was born in Akron, Ohio, and raised in Cincinnati. She graduated from Sycamore High School in 2007. Through out high school she was involved in choir, acting, Jewish youth program USY, Key Club a volunteer student organization, and a member of the Sycamore dance team. After graduation she spent the summer traveling from Poland to Israel with NFTY on the L’dor V’dor trip. It was a life changing experience, and she is hoping to go back to Israel on the JNF’s alternative Spring Break trip to do volunteer work. Rachael is currently a Sophomore at the University of Cincinnati, where she majors in Early Childhood Education and Social Work, with a minor in Judaic Studies. She enjoys spending time with family and friends, reading, listening to music, and yoga. She is looking forward to spending her summer working with the Cedar Village Community. 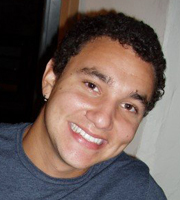 Elijah Plymesser is studying Middle East Studies and International Relations at Brandeis University in Waltham, MA. He is from Northern Kentucky and attended Yavneh Day School for Middle School. He graduated from Highlands High School in Ft. Thomas, KY. He is involved with Israeli/Palestinian dialogue on campus and enjoy traveling and being outdoors. He will be spending next semester abroad at the American University in Cairo improving his Arabic.

Elijah will intern at JCRC and Jewish Federation. 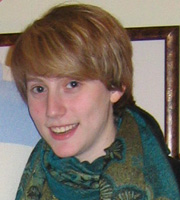 Rachel Regberg graduated from Walnut Hills High School in 2007, and currently attends American University in Washington, D.C. where she just completed her Sophomore year. She is actively involved on campus with Hillel, as a Shabbat co-chair, and she is also Public Relations Director for the Jewish Student Association. As a Freshman she was the Holocaust Remembrance Week Chair in JSA. She is studying International Relations - Middle East Peace and Conflict Resolution, and hopes to study abroad in Israel sometime in the near future. She has been fascinated with Israel since the summer of 2005 when she traveled on the Jewish Experience Trip to Israel and Poland sponsored by the Cincinnati Jewish Federation. She was a member of ATID Campus Fellowship at AU, where she took weekly classes on Judaism for a year, and during winter break 2008 traveled to Israel for two weeks with students from American University, George Washington University and University of Maryland. When time permits Rachel enjoys exploring D.C. with her camera in hand.

Rachel will intern at the American Jewish Archives.