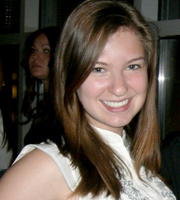 Becca Wood currently attends University of Cincinnati where she just completed her third year. She is majoring in History with a focus on the Middle East and North Africa. Becca graduated from Cincinnati Country Day School in 2008 where she was co-president of Jewish Educational Workshop, and received the Visual Arts Award her senior year. On campus, Becca serves as Vice President of Member Development for her sorority and participates in History Club and Students for the Education of Young Children. Community service is a large part of her life. This year, she has proudly taken on the role of a Big Sister for Big Brothers Big Sisters Association of Cincinnati and tutors weekly for the Ohio Reads program at Winton Hills Academy. Becca is really looking forward to her internship with Wise Temple this summer. 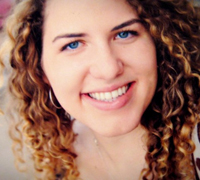 Brianna Pecsok graduated with honors from Wyoming High School in 2010 and currently attends The Ohio State University.  Throughout high school, she was very involved in her youth group at Isaac M. Wise Temple, where she held many leadership positions, specifically as Social Action Vice President and Programming Vice President.  She attended many regional events, and participated in high school programs at Hebrew Union College and at the Religious Action Center in Washington D.C.  She worked as a Madricha for 4 years at Wise Temple where she taught 4th, 5th, and 6th graders.  She was a member of the cheerleading team, where she was team captain her senior year and was also the editor of her high school’s literary magazine and wrote for her school’s newspaper.  She also is passionate about art and photography, and received awards for the work she did in high school.  Brianna traveled to Israel on a Cincinnati Jewish Federation trip to Poland and Israel in the summer of 2008.  In college, Brianna has continued to make leadership and her involvement in her Judaism a central part of her life.  She is currently Vice President of her residence Hall Council, and serves as a senator for Resident Halls Advisory Council.  She is an active member in Starfish, Ohio State University Hillel’s community service group.  She is also an employee of Hillel, where her job is to stimulate Jewish community and presence in Ohio State’s resident halls through orchestrating weekly programs held in on-campus living locations.  Brianna is also a member of Ohio State’s only Jewish co-ed a cappella group, the Meshuganotes, and is a member of Ohio State Yoga Club.  Brianna is looking forward tremendously to interning at the Jewish Community Relations Council this summer! 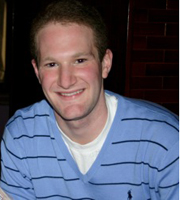 Charlie Schreiber, son of Ellen Garber and Scott Schreiber, graduated from Cincinnati Country Day School in 2010. He also graduated last year from the Cincinnati Reform Jewish High School. Charlie is currently a first year Political Science major at Miami University. Throughout high school, he volunteered in the Mayerson Jewish Community Center Senior Department. Working with senior citizens and giving back to his community is extremely important to Charlie. He was awarded the Tony Strauss Community Service Award for most community service hours his senior year of high school. Another one of Charlie’s passions is singing. He has taken private voice lessons for the past five years, and continues to study voice at Miami University. At Miami University, Charlie is involved with Habitat for Humanity and recently became a member of the Pi Kappa Phi fraternity. Charlie is really excited to start his internship at the American Jewish Archives this summer as a Workum intern. 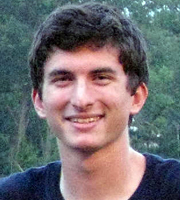 Daniel Makutonin graduated from Sycamore High School in 2010. While there, he played soccer and ran on the cross country and track teams and was a member of the National Honor Society. Daniel also participated in many social action projects through Wise Temple, such as the Over-the Rhine Soup Kitchen, and was a madrich for the Wise Temple Sunday School for two years. Daniel is currently a freshman pre-pharmacy major at Butler University in Indianapolis and serves as the Religious and Cultural VP for Butler Hillel. He is going through the recruitment process at the Phi Delta Theta fraternity. In his free time, Daniel enjoy reading, watching movies, spending time with friends, and playing sports. Daniel is very excited to be working at the Jewish Family Service this summer. 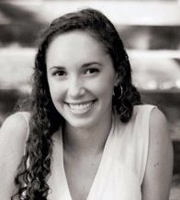 Elise Gelwicks, daughter of Beth Silverman and Tom Gelwicks, graduated from Sycamore High School in 2010. Elise is now a sophomore at Indiana University. She is pursuing a marketing degree from the Kelley School of Business along with a minor in history. At Indiana, Elise is a member of Delta Sigma Pi, a professional business fraternity, and is on the Judicial Board of her dorm. Hillel has played an active role in her college experience. Through Hillel, Elise is involved with the Business Leadership Initiative which allows students to have dinner with a business leader each week in a small group setting. This has been an exciting and eye-opening experience because it allows for not only networking, but the chance to hear about potential business careers. Elise is thrilled to be involved with the Jewish Community Center this summer to develop a marketing program using what she has learned from her first year at Indiana. 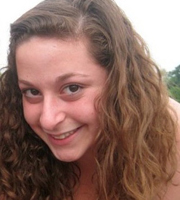 Gabrielle Schneider just completed her freshman year at the University of Cincinnati. She is majoring in marketing and minoring in Judaic studies.  At UC, she is Hillel’s freshman social chair and is involved with Bearcats for Israel. Gabrielle graduated from William Mason High School in 2010, where she was involved in the Senior Sibs/ Student Ambassador program. Gabrielle has been very involved with the Jewish community in Cincinnati. She held positions for the Youth Group of Rockdale, YGOR, as Religious and Cultural Vice President and as President.  Gabrielle was a Madricha for four years at Rockdale Temple helping teach on Sunday mornings with the second grade and pre-k­­/kindergarten/first grade class. She was awarded the Nate Kaplan award for Jewish living and learning in 2008.  Gabrielle has attended Goldman Union Camp Institute, GUCI, a URJ camp since the summer of 2005 and in the summer of 2010 she worked at GUCI as a counselor and assistant art specialist. Currently, Gabrielle is Rockdale Temples fourth, fifth, and sixth grade youth group advisor and teaches third/fourth grade Sunday school. She is looking forward to her internship at Hillel on the UC campus. 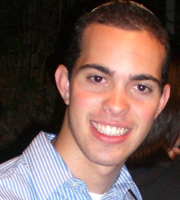 Josh Zimmerman, son of Ira and Debbie Zimmerman, attended Columbus Torah Academy for high school, graduating in 2007. While in Columbus, Josh served as Senior Editor for the yearbook and youth group President of both Beth Jacob Synagogue and NCSY Central East’s Columbus chapter. Josh spent a year and a half in Israel learning in a yeshiva immediately after high school. Josh currently attends Yeshiva University in New York City where he is majoring in Psychology. On campus, Josh involves himself in YU’s Israel Club, Student Academic Affairs Committee and leadership programs. Josh most recently travelled to Kharkov, Ukraine on a joint mission, Project Kharkov, organized through YU’s Center for the Jewish Future and the Joint Distribution Committee during his winter break. While in Ukraine, he volunteered with the Jewish elderly and at-risk population, fixed up the local Jewish day school, toured several cities and interacted closely with the Kharkovian Jews. Josh has dedicated his past two summers working as a counselor at Camp HASC, an eight-week camp for children with severe physical and developmental disabilities. Josh enjoys spending time with friends, playing tennis and reading. Josh will intern at Cedar Village this summer. 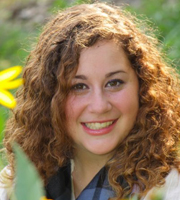 Maddie Slutsky is a graduate of Mason High School and a rising sophomore at The Ohio State University. She currently is an undecided major, but interested in technology and communications. In high school, Maddie was involved in the National Honors Society where she was the talent show chair and raised record-breaking numbers for the Leukemia and Lymphoma society.  Besides NHS, Maddie was also extremely involved in her youth group and served for three years as the Membership Vice President for her Temple, and one year as the regional Membership Vice President for the Ohio Valley region. In college, Maddie is an active member of the Ohio Union Activities Board where she attends weekly meetings, and volunteers for many events the university puts on.  She also recently joined the sorority Alpha Epsilon Phi where she serves as the social chair for her pledge class.  During spring break, she went with Hillel to New Orleans and worked for Habitat for Humanity.  Maddie is so excited about her internship at the Jewish Federation this summer, and so honored to have the opportunity. 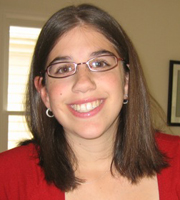 Melanie Greenberg is currently a sophomore at the University of Arizona in Tucson, where she is studying psychology. A 2009 graduate of Wyoming High School, Melanie has been involved in many facets of the Cincinnati community, including the March of the Living. In college Melanie participates in an extensive number of activities, such as being a part of the Residence Hall Association, a social justice club, and Hillel. After college, Melanie hopes to help people with disabilities, whether through disability law or diversity in a company. Melanie is so excited to continue her education of the Holocaust by working at the Center for Holocaust and Humanity Education this summer. 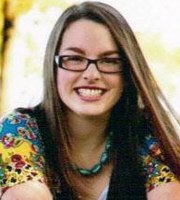 Molly Cramer graduated from Sycamore High School in 2010. Throughout high school, she participated in Big Brothers Big Sisters, taught Hebrew School at Isaac M. Wise Temple, and cycled for the Juvenile Diabetes Research Foundation. As a Type 1 Diabetic, JDRF has been a cause dear to Molly and her family since her diagnosis at age 12. She has participated in their “Walk to Cure Diabetes” and has served as a volunteer at their annual gala. Most importantly, as a high school student she raised thousands of dollars to participate in three annual bike rides in which she road over 150 miles total. Molly attends the University of Richmond where she is pursuing a double major in Leadership and Psychology. She recently became a member of Delta Delta Delta and is a founding member of her school’s psychology club. Next year, Molly will be an official tour guide at the University as well as a Speech Center Consultant. She is really looking forward to her internship with Jewish Vocational Service as a summer 2011 Workum intern!