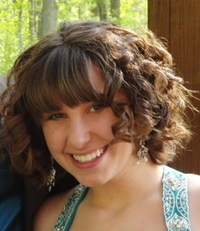 Emma Burgin, the daughter of Lester and Margie Burgin, just completed her freshmen year at Emory University where she is pursuing a degree in Art History and Psychology.  During her freshman year Emma trained to become a docent at the Carlos Museum of Art on Emory’s campus and an Emory University tour guide.  She has recently become a member of the Sigma Delta Tau sorority. While in high school, Emma worked as a madricha at Isaac M. Wise Temple. Emma is thrilled to begin working in the Jacob Rader Marcus Center of the American Jewish Archives because the work will allow her to combines her interests in Judaism, museum studies and historical preservation. 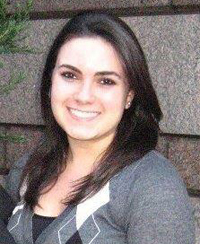 Michelle Glazer, daughter of Susan and Brad Glazer, is a freshman at The Ohio State University where she is pursuing a degree in Early Childhood Education with a minor in Jewish Studies. As a graduate of Walnut Hills High School and Adath Israel’s Mercaz Hebrew High School, she has held various positions in her local youth group, United Synagogue Youth (USY), including Communications Vice President and Religion/Education Vice President. Michelle is a new member of the Jewish sorority Alpha Epsilon Phi, where she hopes to become a leader on the executive board. She is also a member of the OSU Women’s Choir. Michelle is very excited to continue her work with the Jewish community at The Jewish Federation this summer! 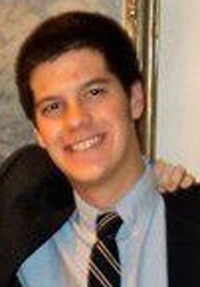 Peter Hull graduated with honors from Wyoming High School and is rising junior at Indiana University. He is a Jewish Studies Major also earning a minor in business. While in Bloomington, Peter has played for the Indiana University men's lacrosse team, and competed in the Little 500 bike race. During his sophomore year, he served as the treasurer for the Jewish Studies Student Association and hopes to serve as the president of the JSSA in the upcoming year. After traveling to Israel last summer Peter decided he wanted to work more closely with the Jewish community of Cincinnati instead of working as a lifeguard for the fourth consecutive year. His internship will be at Cedar Village.

Emilee Kraus currently attends Ohio University’s School of Visual Communication where she is majoring in Informational Graphics and Publication Design, with a specialization in Advertising Journalism. Emilee graduated from Loveland High School in 2010, where she was Vice President of the student body. At OU, Emilee interns at Culinary Services doing design and marketing work. She also is the Advertising Design Director for Ohio University’s student produced magazine, Backdrop. She is also the Vice President of OU’s chapter of Society of Publication Design. Hillel at Ohio University has also played a role in her college experience. Emilee interns at Hillel and works with the Rabbi to produce promotional pieces that are distributed to students and their families. She is looking forward to using her experiences from OU to intern at the Jewish Community Center this summer. She is thrilled to be given this opportunity. 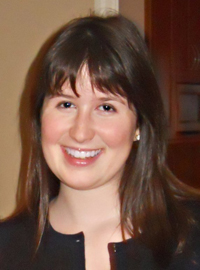 Nicole Lefton graduated with high honors from Sycamore High School in 2010 and is currently a junior at The Ohio State University. She is pursuing a degree in Human Nutrition and Community Health as well as Pre-Physical Therapy. In high school she was a madricha for several years at Wise Temple.  Additionally she volunteered at Jewish Hospital in their Oncology and Emergency Room departments for 3 years in her free time.  At Ohio State, Nicole is actively involved with Humanities Scholars, which is an academic learning community. She is also involved with Ohio State’s largest student run philanthropy called BuckeyeThon. It is a non-profit organization that holds an annual event to raise money for pediatric cancer.  She serves as co-chair of the Letter Writing Campaign for BuckeyeThon helping to fundraise money for Nationwide Children’s Hospital in hopes for finding a cure for pediatric cancer. Additionally, Hillel has played an active role in her college experience. At Hillel, Nicole is involved with an Internship called Campus Entrepreneurs Initiative. In this internship, Nicole has the responsibility of reaching out to unconnected Jewish students at Ohio State. She encourages her peers to get involved with Jewish life at Ohio State and introduces them to the many opportunities available on campus. This has been an exciting and eye-opening experience.  Recently, Nicole became a member of Alpha Omicron Pi Sorority where she serves as Class Representative.  In her free time she loves to dance, travel and spend time with her friends and family.  Nicole is very excited about the opportunity to work with the Workum program and David’s Voice this summer! 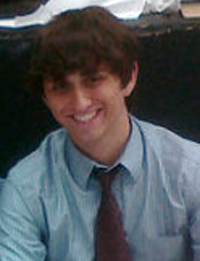 Aaron Markiewitz graduated from the Seven Hills Upper School, and currently attends Brandeis University, where he pursues his passion for History and social action. He was the Managing Editor of his high school's paper, but his true passion was planning events for the North American Federation of Temple Youth (NFTY). During his senior year, he held the office of NFTY Ohio Valley President, traveling across the Midwest helping various youth groups improve infrastructure and plan region-wide retreats. He was also very involved with his local Jewish community. A veteran camp counselor at Camp at the J, Aaron has spent summers working with children of all ages. Dedicated to social action, Aaron achieved the rank of Eagle Scout during his sophomore year, and volunteered with the Interfaith Hospitality Network throughout high school. Aaron is very excited to start his internship with the Jewish Community Relations Council this summer. 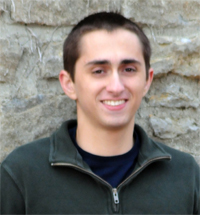 Nathan Markiewitz has just finished his first year at Vanderbilt University, where he is studying Secondary Education and English. A graduate of Seven Hills, Nathan spent much of his high school years actively participating in the Cincinnati Jewish community. That time included serving as (e)YGOW’s Social Action Vice President and President, as well as working as a Madrich in both Wise Temple’s religious and Hebrew Schools.  This passion for Jewish life has led Nathan to become an active member at Vanderbilt’s Hillel and to take advantage of many of the Jewish educational opportunities around campus. A recently initiated brother of Phi Kappa Psi, Nathan enjoys spending his free time participating in his fraternity and helping out with Vanderbilt University Theatre productions.  Having received and worked on Holocaust and social justice education for much of his life, Nathan is enthusiastic about interning at the Center for Holocaust and Humanity Education this summer. 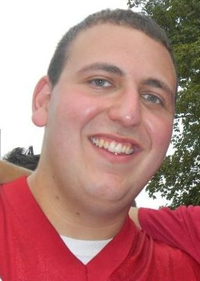 Paul Pescovitz, son of Charles and Kathy Pescovitz, graduated from Sycamore High School in 2010 and is currently a sophomore at Indiana University studying Journalism and Entrepreneurship & Small Business Management. While in high school, Paul was involved with Sycamore High School’s newspaper, The Leaf. At Indiana University, Paul is a founding member of the Alpha Epsilon Pi fraternity, where he co-chairs the new member recruitment process, as well as being involved with the IU Sport Communication Club. Paul is also a member of the Media Scholars honors program within the Ernie Pyle School of Journalism. In his free time, Paul enjoys movies and sports, especially basketball. Paul looks forward to working with Hillel during the summer of 2012. 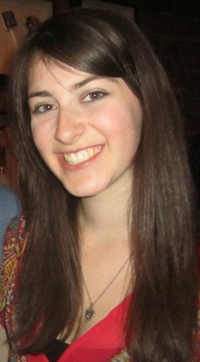 Dana Roth graduated from Walnut Hills High School in 2011 and currently attends Washington University in St. Louis where she intends to major in Psychology with minors in Children’s Studies and Learning Studies.  In high school, Dana was involved in both the Madrichim Teacher’s Assistant Program and the youth group at Wise Temple.  Through the Madrichim program, Dana was a teacher’s assistant for  3rd grade her freshman year and then 2nd grade for the next three years.  Dana remained an active member of the youth group for all four years of high school and was the Social Action Vice President her senior year.  At Walnut Hills, Dana participated in Student Congress as a class representative and also in the Ski Club.  Dana’s true passion has always been with improvisational comedy which she has been performing since 5th grade.  Dana started the Improvisational Comedy Club at Walnut Hills, and continues this love for comedy at Washington University where she is a member of the improv group Mama’s Pot Roast.  At Washington University, Dana is also a member of Delta Gamma sorority.  Dana is excited to be working for the Jewish Family Service this summer. 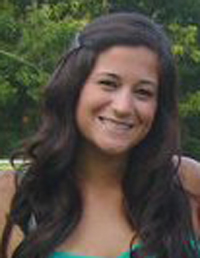 Abby Solomon graduated first in her class from Reading High School in 2009.  She is currently attending The Ohio State University where she just finished her third year.  There, she is majoring in Human Development and Family Science.  In college, Judaism and community service both play major roles in Abby’s life.  She is employed at OSU Hillel for the second year in a row where she plays a role in outreach and providing students with a sense of community through conversation.  She also teaches Religious School at a synagogue in Columbus.  Abby volunteers with student organizations on campus and off.  This includes participating in a student organization created purely for volunteer work, of which Abby is a founding member, and at a crisis center in downtown Columbus where she provides nurturing to children in need.  She traveled to New Orleans, Louisiana last spring break to do service to relieve the devastations from Hurricane Katrina, and did similar relief type work on the Carmel Mountain Range during this year’s spring break in Israel.  Abby is honored to have the opportunity to work for the Jewish Foundation this summer and cannot wait for the internship to begin!