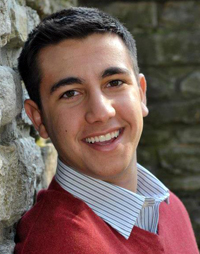 Jay Burgin, the son of Lester and Margie Burgin, just completed his freshmen year at Denison University where he is pursuing a degree in Communications, amongst other interests. During his freshman year, Jay became actively involved in the Denison Community Association, a program that promotes lifelong commitment to progress in education, direct service, and responsible stewardship on campus and in the surrounding community. In this program, Jay mentors middle-school students in the area. Jay is also a proud member of DUwop, Denison's only co-ed a cappella group. Jay graduated from Sycamore High School in 2013. Jay previously worked as a madrich at Isaac M. Wise Temple, was involved in temple youth group, and recently worked for the Mayerson Jewish Community Center in 2012. He was a camper and Avodanik at Goldman Union Camp Institute for 8 years.

Jay is honored to work with his former congregation this summer at Isaac M. Wise Temple and will utilize his passions and skills to become a valuable member of the Workum team. 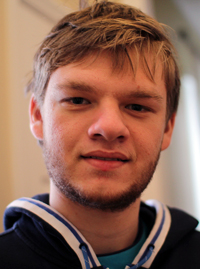 Daniel Dolzhansky currently attends the University of Cincinnati and is in the Lindner College of Business. As a 2013 graduate of Moeller High School, he was very involved in community service and worked with several organizations, notably Mayerson JCC and Over-the-Rhine Community Housing. In addition, he was a member of the ski team and earned a varsity letter. In 2011, he went on JQuest and traveled to Israel and Hungary with local teenagers. During his senior year of high school, he attended Mercaz Conservative Hebrew High School at Adath Israel Congregation. Prior leaving for college, he was a camp counselor at JCC and got involved in AEPi.

As Daniel will be interning at Cincinnati Hillel, he is looking forward of being more active in the Jewish community. 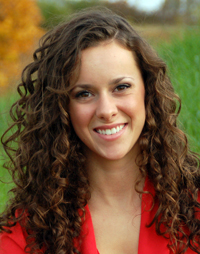 Anna Fagin currently attends Indiana University where she just completed her first year. She is double majoring in Journalism and Communication & Culture, with a minor in Non-Profit Management. She is also a part of the selective Ernie Pyle Scholars program for journalism students. Anna graduated from William Mason High School where she was an active member of the school’s Broadcast Crew, National Honor Society, and Marketing Manager for the student run spirit store. She was also a Madricha for Wise Temple throughout High School. At I.U. Anna is involved with IUSTV, I.U.’s Broadcast Channel, and Union Board. She is also a member of I.U.’s Hip Hop ConnXion Dance Team. Anna is a world traveler, having been to Africa and Israel, and hopes to use her Workum experience to make a difference around the world.

Anna will be interning at Cedar Village. 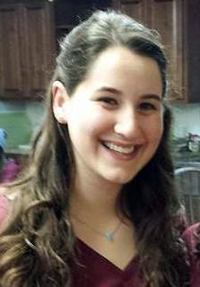 Stephanie Rosner attends The Ohio State University where she has just completed her sophomore year. She will gradate in 2016 with a B.A. in Anthropology and minors in Spanish and Philosophy. She is excited to spend a semester abroad in Spain during her junior year. She is involved in her sorority Alpha Epsilon Phi, where she works as new member programmer and public relations committee, and service fraternity Alpha Phi Omega. She is also involved in many other community service and academic clubs. After traveling to Israel and Poland in high school, Stephanie was interested in becoming more involved with the Jewish community and especially Holocaust education.

Stephanie is excited to be interning at the Center for Holocaust and Humanity Education. 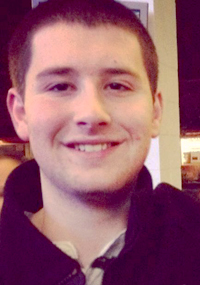 Josh Goodman just finished his Sophomore year at Miami University. He is an Accounting student in the Farmer School of Business. When he was in high school at Sycamore, he ran cross country and played tennis all four years. He spent his summers teaching tennis at Camargo Racket Club and at Madeira Swim & Tennis Club. At Miami, he is a brother of ZBT where he holds the the position as Heritage Chair. It is his job to help maintain a strong relationship with Hillel.

Josh is extremely excited to be a part of the Workum team and to be working at the Jewish Federation this summer. 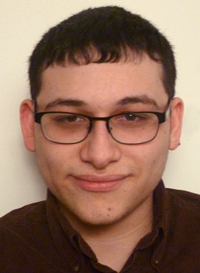 Alex Mezhvinsky is currently a Sophomore at The Ohio State University, majoring in Political Science and Economics. Originally from Ukraine, he came to America at a very young age. Nevertheless, he is fluent in Russian. In high school, he participated in Speech and Debate, Academic Quizbowl, and founded a club (The Round Table) to talk about current issues and news. He has won various accolades for both his written and spoken work. In addition, he traveled to Israel and Hungary in 2011 and had a brilliant and awe-inspiring experience, due to a generous grant from the Jewish Foundation. In college, he attends meetings of the Undergraduate Economic Society and Undergraduate Student Government. He is also active in various Ohio State Hillel groups, like the Israel Intensive Fellowship and a Midrash Learning Circle.

Alex is looking forward to a stimulating internship at the Jewish Community Relations Council (JCRC.) 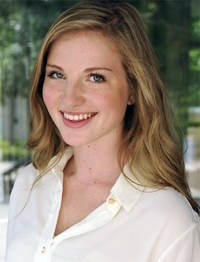 Genevieve Pecsok is a graduate of Wyoming High School and has just finished her first year at Washington University in St. Louis. She plans to pursue a double major in Marketing and French and potentially a minor in Communication Design. At Washington University, Genevieve has been involved with Chabad as well as Challah for Hunger where she helps bake challah each week to sell and raise money for social justice causes. In high school, she participated in Wise Temple’s Madrichim teaching assistant program for 1st and 5th graders. She was a Madricha for four years, which allowed her to stay active in Cincinnati’s Jewish community. She was also greatly impacted by her trip to Israel during high school.

Genevieve is thrilled to be interning for the Jewish Foundation of Cincinnati this summer, and is very excited to learn more about the Israel grants as well as other ways the Foundation improves the Jewish community. 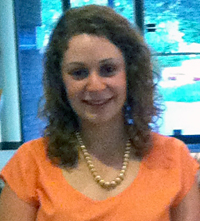 Adrianna Schneider graduated with honors from William Mason High School in 2013. While in high school Adrianna served as the Youth Group of Rockdale Temple programming vice president during her sophomore year and as president for her final two years of high school, receiving the wonderful honor of chairing the National Federation of Temple Youth-Ohio Valley Regional spring event in 2013 that was held at Rockdale Temple. Adrianna worked as a madrichia during all four years of high school and now teaches Sunday school at Temple Beth Shalom in Columbus, Ohio. Adrianna currently attends The Ohio State University where she will be entering her sophomore year this upcoming spring. Adrianna is studying chemical engineering and is involved within other activities at The Ohio State University. Adrianna is involved with the Ohio State Hillel along with the activities board within her dorm. During the summer of 2014, Adrianna will be serving as the Workum intern for Adath Israel! 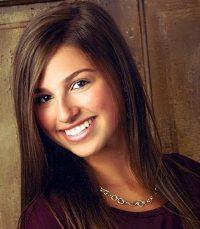 Hannah Wise just finished her freshman year at Miami University. She graduated from Sycamore High School in 2013. During high school she was involved in BBYO where she served on the board as treasurer. At Miami, Hannah intends on studying marketing and business management and is a new member of her sorority Pi Beta Phi, where she hopes to become a leader on the board. Through her countless trips to Israel and Jewish studies, Hannah has always had a strong passion for Jewish life and culture and hopes to share that through her internship.

Hannah is very excited to be working as an intern for Jewish Vocational Services this year and is thankful for this opportunity! 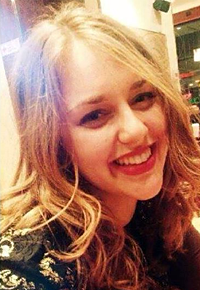 Leah Zimmerman is the daughter of Ira and Debbie Zimmerman. Leah is currently a student at Stern College for Women in New York City. A junior now she is majoring in Psychology with a focus on development. After graduating high school in 2011, Leah spent a year learning in Tomer Devorah, a seminary in Jerusalem. In Cincinnati Leah has been a longtime employee of the local day camp-Camp Ashreinu. Leah has also been a youth group leader for Golf Manor Synagogue and Congregation Shaarei Torah, volunteer for the Jewish Family Service Food Pantry and 2013 summer volunteer at Cincinnati Children’s Hospital in the Child life and Speech Pathology departments. Currently on campus, Leah is Manager of the Student Package Center.

Upon Leah’s return to Cincinnati this summer, she is very excited to work for Jewish Family Services and give back to one of Cincinnati’s important Jewish-based institutions.